Cajun Recipes From The Bald Chef

The food and recipes from the great state of Louisiana and importantly New Orleans are an eclectic combination of foods, and flavors. As they say in The Big Easy “Laissez Les Bon Temps Roulez” Let the Good Times Roll” The rich history of the area gives us a melting pot of cooking techniques, and recipes. Some of the more popular Cajun recipes include, Jambalaya, New Orleans Style Barbecued Shrimp, Po’ Boy Subs, Red Beans and Rice and fresh Oysters on the half shell. Other stand out recipes includes Muffuletta, Dirty Rice, Sea Food Gumbo, Chicken and Andouille Gumbo, Blackened Drum or Red Fish. Famous Creole recipes include Crawfish Etouffee, Shrimp Creole, and Seafood Crepes. Some other great local specialties include Beignets and great tasting coffee. One of my favorite recipes is Char Broiled Oysters, cooked with butter and garlic. Here is a short list of The Bald Chef’s best Cajun and Creole recipes:

Here Are Some Of The Bald Chef's Cajun Recipes 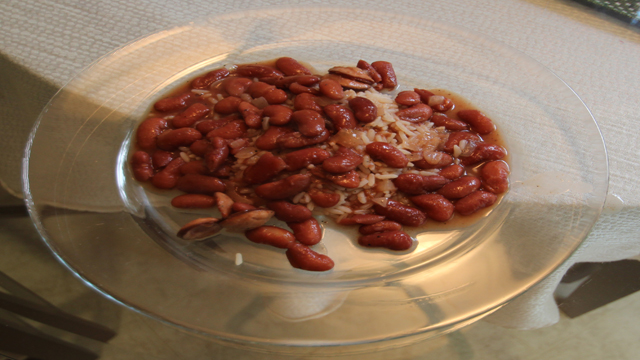 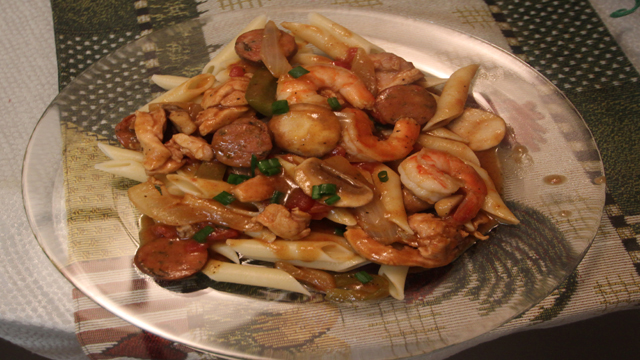 Cajun Pasta Recipe may be one of the best Cajun Pasta recipes you will find. What makes this Louisiana Pasta dish such a hit 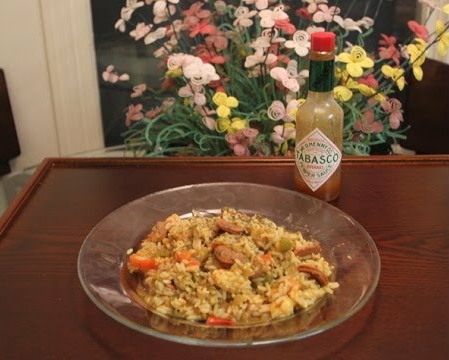 Cajun Char Grilled Oysters Recipe  are a great Cajun appetizer recipe. For all the non raw oyster people out there here is a recipe for 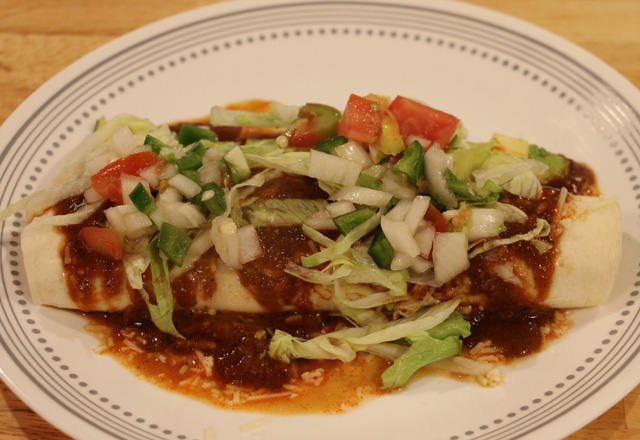 If you asked me what is the best recipe I have on The Bald Chef’s website, I would tell you hands down Best Shrimp Creole

Cajun cooking techniques, such as deep frying, broiling, sautéing, boiling, Steaming, and blacking. With Gulf seafood, plentiful frying is used in preparing some of the best recipes such as fried oysters, shrimp, and Catfish which are used in making Po Boy Submarine Sandwiches. In the French Quarters section of New Orleans, many Restaurants serve baskets of, fried Shrimp, Clams, Oysters, Alligator, and Catfish. Steaming techniques and boiling are used to cook some of the best fresh Cajun seafood recipes. Crawfish, Shrimp, and Clams are steamed and or boiled to the delight of many hungry coinsures of these Cajun popular dishes. Crawfish when in season are boiled in a broth of seasoned stock and sold by the pound. In cooking many Cajun dishes broiling is used to prepare many outstaying recipes such as Oysters Rockefeller, Louisiana Seafood Grill, and cooking many types of meats. Creole-style recipes often time are sautéed such as Shrimp Creole and Crawfish Etouffee. Blacking is a technique that utilizes coating fish or Prime Rib which is coated with blacking spices. When the food has been coated it is placed into a lightly oiled cast iron pan and cooked until the spices have blacked releasing the oils of the seasoning.

In many Cajun recipes, the use of a Roux is a base for many Cajun sauce and soup recipes. Roux is made by using butter or vegetable oil that is cooked with flour slowly to make a roux that can range in color from buttercream to milk chocolate, the darker the roux the richer and nuttier the flavor of the soup or the sauce. The base for many Cajun recipes is the Holy Trinity of Cajun recipes onion, green pepper, and celery. Rice is a mainstay in many recipes and is produced in local rice patties near New Orleans. Andouille smoked sausage is used in a wide range of recipes such as Red Beans and Rice, Gumbo, and Jambalaya. Okra a popular ingredient in many recipes was brought to Louisiana by Africans. They say to add Okra to any soup and you have Gumbo. Gumbo is one of the most popular Cajun soups found in New Orleans. In the winter months Gumbo is made from Duck, Chicken, and Andouille smoked sausage. In the spring and Summer Months, Gumbo is typically made with fresh oysters, shrimp, and crawfish (locally called Mud Bugs). Cajuns use a wide variety of spices in their cooking, which can get a little spicy. Some of the main seasonings are fresh Garlic, Green Onion, Bay Leaf, Sea salt, and Black Pepper. Some of the standout spices used in both Cajun and Creole Recipes are File powder, Cayenne Pepper, Parsley, and fresh herbs.

Little History of Cajun Food Recipes From The Bald Chef

The evolution of Creole cooking, just like Cajun cooking began in New Orleans. The main part of the old city is the French Quarters blocked in by Rampart St, Esplande Av, Cannel St, and the Mississippi River. The food is a mix of French, African, Spanish, Native Indian, and Italian cooking styles. Cajuns originated in Southern France and then moved on to Nova Scotia in a colony later to be called Acadia. The area known as the French Quarters has a rich heritage and is a great spot to eat some amazing Creole, and Cajun foods. At one point New Orleans was the third largest city in the new world. The British pushed the Cajuns out of Acadia to New Orleans. Cajun and Creole cuisines began showing up in the 18th century. Creole cuisine was a mixture of Acadian Spanish, French, African, and native Indian influences. New Orleans. The word Creole refers to the original settlers of Louisiana. The first settlers of South Louisiana came from France, Spain, and Africa as early as 1700 and joined the local Indian tribes of the area. Here in Crescent City, you will find tasty and delicious Cajun and Creole recipes.