Glen Izett The Bald Chef has spent time in Latin America from South America, Central America, and the Caribbean. The recipes of Latin America are as diverse as the people. I love traveling in this area of the World and I have spent time in Colombia, Panama, Costa Rica, Peru, and many of the Islands of the Caribbean. Because I speak Spanish I find it easy to get around and interact with the local People. I love to make Ceviche, Fried Yuca, Pollo Ala Brasa, and Lomo Saltado. If you love to cook and eat Latin American food the Bald Chef has some recipes you may find to your liking.

Here Are Some Of The Bald Chef's Latin American Recipes

This is the recipe for an outstanding Tex-Mex style smothered beef and bean burrito. What makes this a standout burrito, is the fact that it 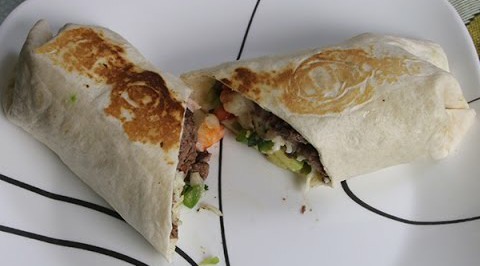 This is the recipe for the California surf and turf burrito, sometimes referred to as the San Diego burrito. This burrito is a California classic, 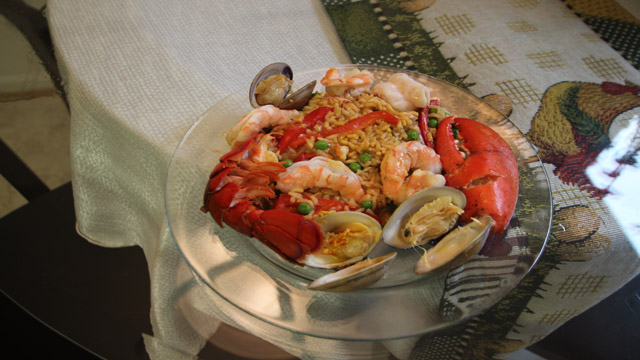 How To make Paella de Marisco. This is the recipe for Spanish seafood Paella that tastes great. The bald Chef shows you how to cook 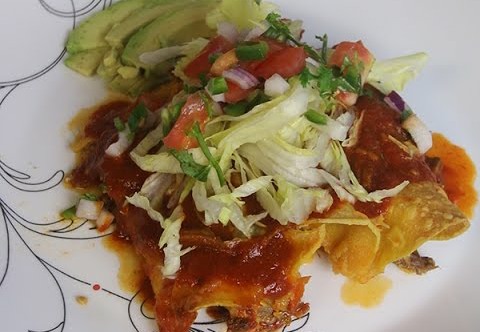 This is the recipe for Mexican inspired shredded beef enchiladas. Probably one of the best be enchilada I’ve ever tasted. I will show you step-by-step

More Information On the Recipes of Latin America

Do you love to gorge on Latin American Empanadas? Does the very sight of spicy jerk chicken make you drool? Is your party incomplete without a good Mojito cocktail? If answer to all the above questions is yes, then I must say that you are a hardcore fan of Latin American cuisine! And that shouldn’t come as a surprise; after all it’s hard to ignore the delightful flavors of wide variety of cuisines which each Latin American country has in store for us. What is Latin American cuisine? Latin America comprises of 20 countries, which span across both the hemispheres, a couple of continents and several coastlines. Each country has its own culture and culinary preference which is reflected in their cuisine. And when all these varied cuisines blend together, along with a pinch of rich historical background, the outcome is as unique and lip-smacking as Latin American cuisine. It’s time to thank the other cuisines too! Latin Americans owe special thanks to the native tribes, Africans, Europeans, Spaniards and Asians for morphing their cuisine into a gastronomic delight. It all started in the kitchens of Inca, Aztecs and Mayans who blended simple agricultural products with spicy yet earthy seasonings to turn them into a delicious affair. As the Spaniards made their entry into Latin America, Spanish culinary styles slowly imbibed into Latin American cooking while their African slaves also brought the natives to cook best possible dishes out of spared cuts of meat. If you have ever come across Menudo, an authentic Mexican consommé with beef stomach, and loved every bit of it, then all the credit goes to those African slaves. The Asian immigrants also played their part in turning Latin American food exotic by enriching it their traditional culinary styles and spices while the Europeans introduced a vivid elements in this cuisine – chicken, pork, almonds, wheat and citrus fruits being only a few of them. And how can I miss out Caribbean cuisine! After all it’s the perfect instance which shows off how the mishmash of Dutch, Indian, French, African and Spanish cuisine can never go wrong. The most sought-after ingredients in every Latin American kitchen Latin American cuisine is all about exotic spices, tropical fruits, cheese, beans, native crops, meats and seafood. So if you are planning to brush up your skills in Latin American cuisine, make sure that you have the following elements in your kitchen. Spices: The secret behind the robust flavors in Latin American food lies in their wide range of spices. Every country has their own set of spices, used in varied proportions, to make their dish standout among others. And when speaking of spices, garlic, chili, cumin and epazote ( a spice with mint and licorice-like flavor), need a special mention. Ajis or peppers: whether they are of hot or sweet variant, you simply cannot ignore the elaborate use of peppers in Latin American cooking. Corn: Latin Americans have a special corner for maize-based delicacies and this love is often reflected in popular dishes like tamales, tortillas and pupusas. Animal-based proteins: whether its beef, pork or chicken in Mexican food, or medley of seafood in that of Caribbean islands, Bolivia or Peru, nobody knows better than the Latin Americans to bring out the best in them. No doubt, ceviche, a cured dish of seafood, has got a huge fan-base throughout the world. Tropical fruits: coconut, guava, pineapple, mango, passion fruit, papaya, cherimoya… the list of tropical fruits is endless in South America. And when they are added in Latin American desserts or salads, they never fail to make your taste buds itchy for more! Queso Blanco: this unripened cow’s milk cheese, with a hint of saltiness often makes its appearance in South American sauces and salads. Watch out for some must-have Latin American dishes! Latin American cuisine is bursting with thousands of dishes and condiments; while some of them have won the hearts of people worldwide, some are yet to be recognized beyond its native borders. It’s hard to kind people who never heard of tamales, Empanadas, quesadillas, Arepas, chili con carne, Asado or Arroz con Pollo. Condiments like chimichurri, pebre, Peruvian Seafood Ceviche and Chicken Curry are equally popular. Popular desserts like flan, Tres Lcake, rice pudding, Teja and Alfajor often comes with an overdose of sweetness, much to the delight of our sweet tooth. Other dishes like the Brazilian beef stew or Feijoada, Cuban cassava pudding, Belizean onion soup or Escabeche, Costa Rican Gallo pinto or black bean rice might not have reached the masses yet , but when it comes to flavors, they can simply blow your mind away. So are you hungry for a slice of Latin America? Why not churn them out in your own kitchen and give a twist to your regular meal!

There are many great cocktails and drinks that come from Latin America.