Mexican Oven Browned Potatoes Texas Mexican oven browned potato recipe is a great way to serve up a new twist on an old dish. Cook this oven browned potato and you will find it’s quite tasty. The Poblano Peppers are not too hot and the onion brings out the taste of the potato. With its Mexican roots I call it Mexican Oven Browned Potatoes. This is an easy recipe to cook and the Poblano Peppers give it a little kick! When you take a common oven browned patios recipe, and add the peppers, spices, and onions you now have a dish that pairs well with almost any meat. If you are a meat and potato guy give this recipe a try and it does have the wow factor!

These are the ingredients you will need to make this outstanding Mexican Oven Browned Potatoes recipe. 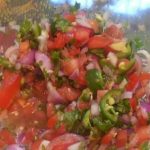 Resturants in the United States